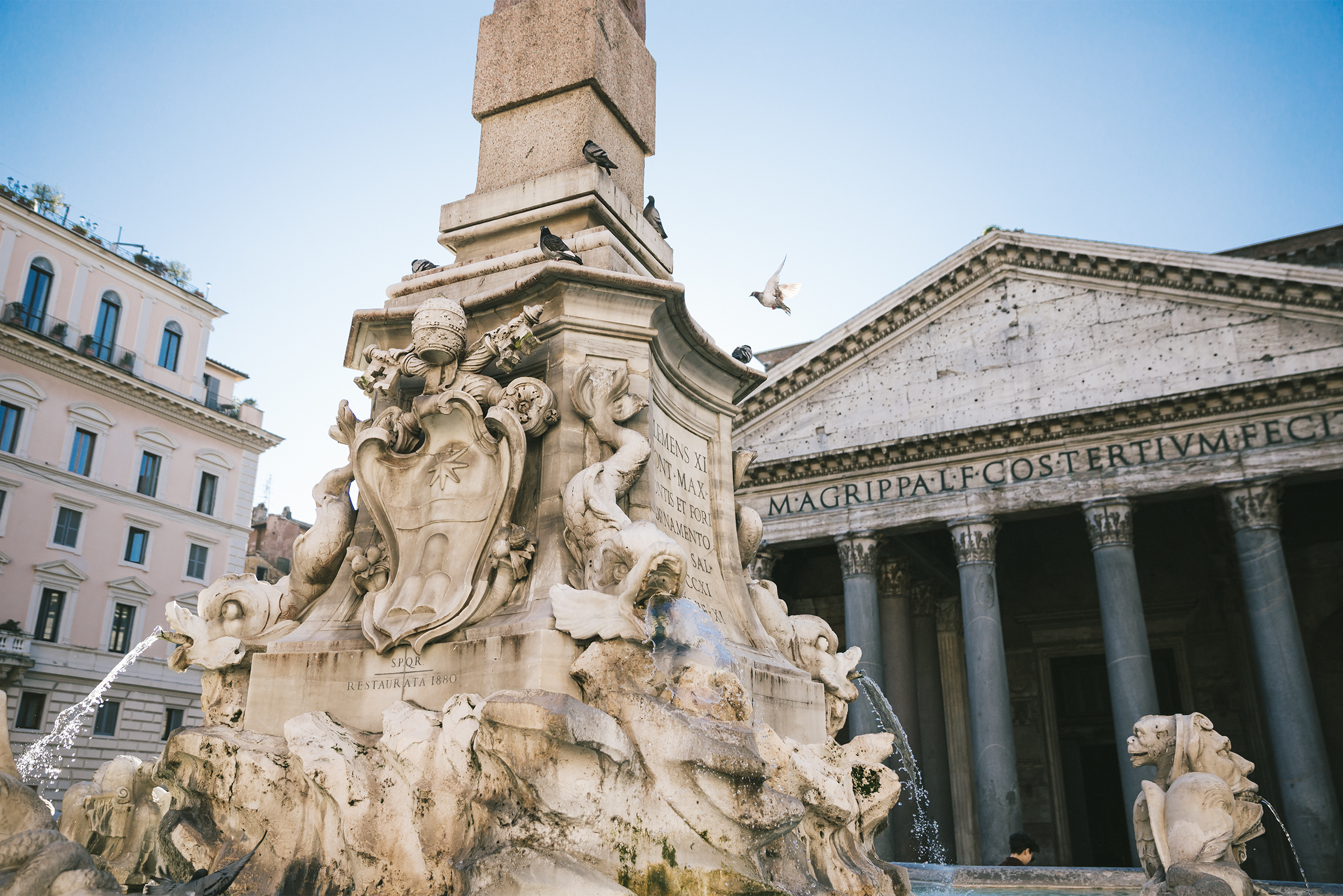 In Rome, landmarks rarely get more awe-inspiring than this. The Pantheon is truly a sight to behold, and remains a major Roman tourist attraction nearly 2,000 years after being built. From its extensive history dating as far back as 27 BC, to its modern-day status as a tourist landmark, there’s much to appreciate about how the Pantheon has come to be.

Whether you’re more intrigued by its historical background or by its architectural prowess, here are some reasons why the Pantheon is a must-visit for those studying abroad in Rome.

Almost as Impressive as Looking at the Pantheon, Is the History Behind It

The Pantheon was initially constructed as a temple, before the version we know today was eventually completed by the emperor Hadrian in 126 AD.

Although its exact date of construction is unknown, the Pantheon has had quite the history over time. According to Roman legend, the original Pantheon was built in dedication to Rome’s founder/first king, Romulus. Many historians claim that Marcus Agrippa was the one who built the original Pantheon in 27 BC, before it had burnt down twice in the decades that followed.

In 609 AD, the Pantheon was converted into a Christian church, and its consecration saved it from destruction during the Middle Ages as a result. The Pantheon has remained largely intact over its extensive history—a rarity for structures of its scale and history.

Its Exterior Is Bound to Impress Any Study Abroad Student

While the composition of the material keeping the Pantheon’s structure together remains a mystery, this Ancient Roman monument is known for being the most well-preserved of its kind. As such, all students who study abroad in Italy will be impressed by how well-maintained its exterior remains to this day. It is also known partly for the intersecting brick arches adorning eight piers resting along the building, as well as for its incredibly detailed portico, which features 16 tall, 60-ton columns supporting it.

Among the Pantheon’s other standout exterior features are the Fountain of the Pantheon, a marble-sculpted fountain commissioned by Pope Gregory XIII, as well as the inscription at the top of the Pantheon reading “M.AGRIPPA.L.F.COS.TERTIVM.FECIT”, which translates to “Marcus Agrippa, son of Lucius, built this temple when he was a Consul.” 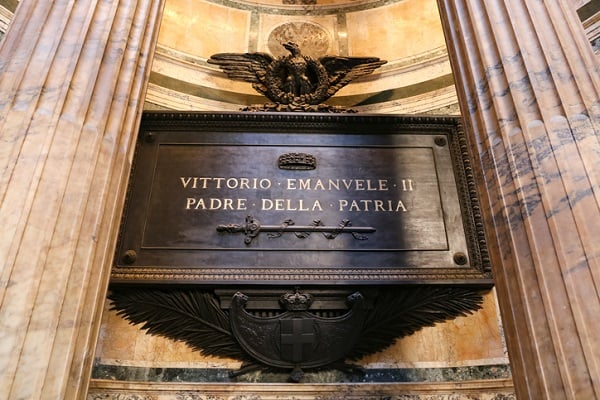 Shaped like a cylinder covered by half a sphere, the inside of the Pantheon may lack windows, but makes up for it in sheer scale and magnitude. Among its most impressive interior features is its dome—one that remains the biggest unsupported concrete dome in the world. The oculus at the top of the dome acts as the building’s primary natural light source. And the dome clocks in at 142 feet in diameter—about 46 feet more than the U.S. Capitol dome! 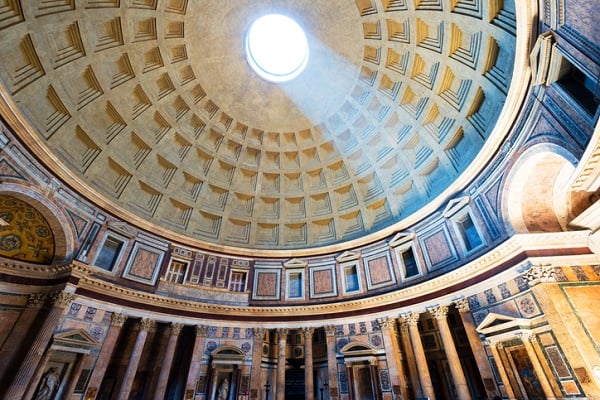 The Pantheon’s marble flooring, various art works, and the presence of the tombs of famed Renaissance painter Raphael and Italian composer Arcangelo Corelli, among others, also make it a must-visit for any study abroad student. This is especially the case for STEM majors taking summer courses in engineering and mathematics, who will certainly be impressed by this architectural marvel.

Do you want to attend an American college in Rome?