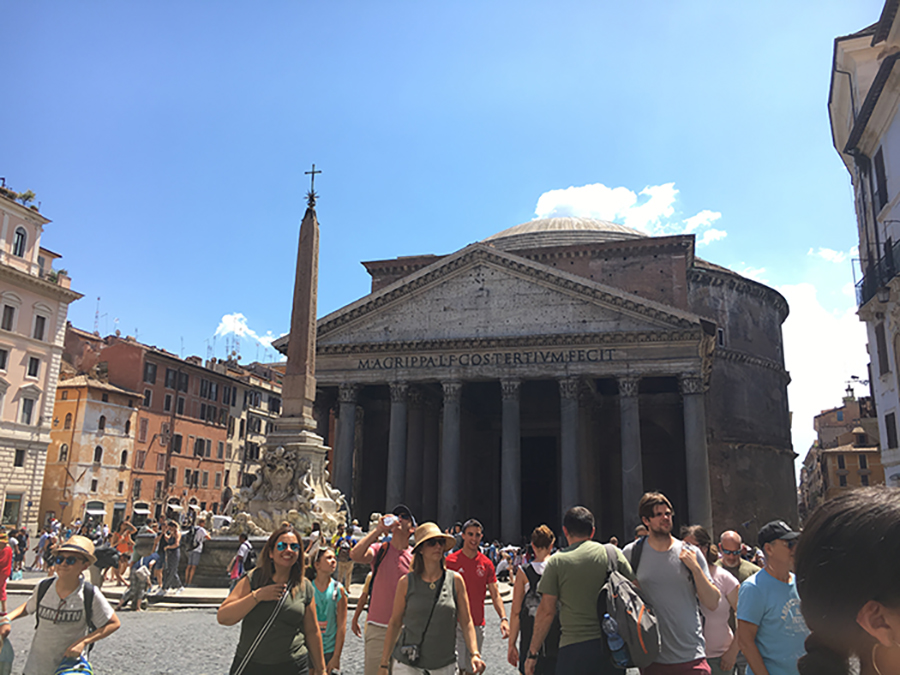 Since I was young, I have always been interested in mythology and ancient history, so much so that I am currently working towards my degree in Classics. An opportunity for a scholarship arose at my school, and I was fortunate enough to get it in my third year, on the condition that I spend time studying Classics in either Greece or Italy. The rich history of Italy was enough to get me on a plane. I hadn’t flown since I was 5, but this was such a great opportunity for me that I couldn’t waste it. It was the most amazing adventure I had ever taken and I wouldn’t trade it for anything.

I chose John Cabot University because it was an American University in Rome and, when I got there, it wasn’t too much of a culture shock for me. I only did the summer program, 6 weeks in the heart of Rome, in Trastevere. The class sizes were small, which made them more fun. I took a Shakespeare class that focused on his plays set in Italy; we were able to take trips around the city to really immerse ourselves into the culture that Shakespeare was writing about. The other class that I took was a Roman History class, which stretched from the beginnings of Rome with Romulus and Remus to Justinian. The places that my professor would talk about were right outside our door.

Getting in contact with Italian culture was an interesting experience, to say the least. I’m not fluent in Italian in any capacity – I knew how to say please and thank you – but I was still able to get by. As long as I was polite, people were polite to me as well. I wasn’t expecting the grocery shopping to be so easy and inexpensive – my largest shopping trip for food was maybe 20 euros, which lasted me more than a few days when I ate lunch at JCU’s café.

One piece of advice that I would give to a future student considering studying abroad at JCU is to know how you’re going to get around. JCU has a tour at the beginning of the term, but even knowing the quickest way to get to school is going to help immensely. Rome is not built with even blocks and straight lines, so it’s easy to get lost sometimes. Before school starts, just taking a little walk around where you’re living and to school will help in the long run. Plus, you develop a fun routine and even start to say hi to some of the people you see on your daily walk.