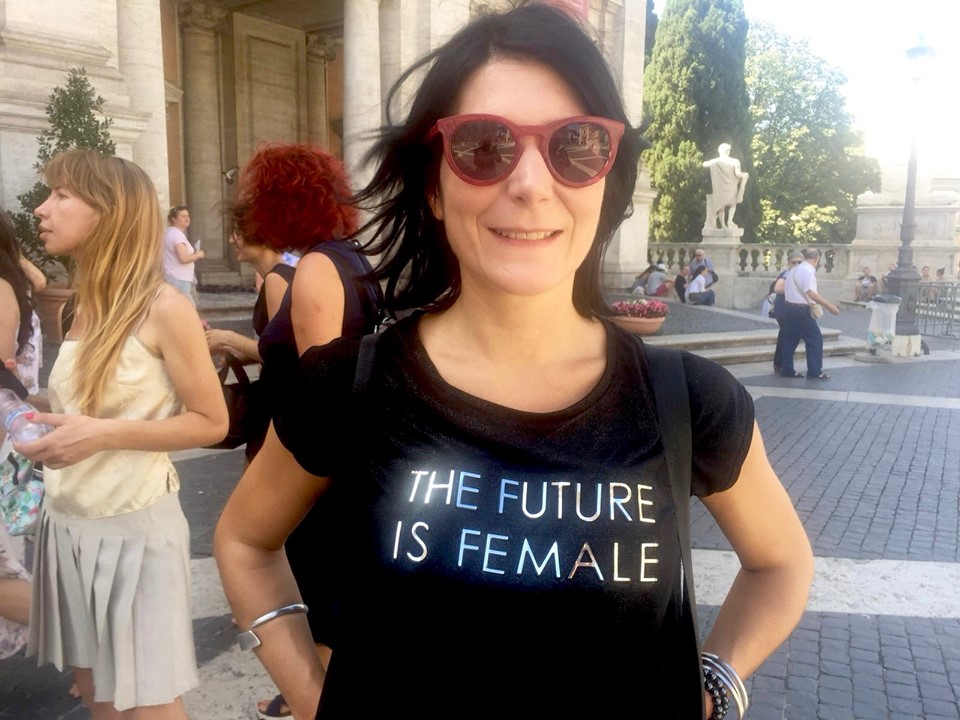 Professor Donatella Della Ratta is an Associate Professor of Communications and Media Studies at John Cabot University and has a background in Media Studies with a specialization in Arabic-speaking media. From 2007 until 2011 she lived in Damascus and carried out an extensive media ethnography of Syrian TV series which became the topic of her Ph.D. research, obtained from the University of Copenhagen in 2013. She is a former Post-Doctoral Fellow at the University of Copenhagen and at the Annenberg School for Communication, Pennsylvania University, and an Affiliate of the Berkman Klein Center for Internet and Society at Harvard University.

We recently caught up with Professor Della Ratta to ask her a few questions about her course "Selfies and Beyond: Exploring Networked Identities" (CMS 365), here's what she had to say!

I have a background in critical Internet studies and I’ve been teaching digital media culture for almost four years at JCU. The idea of the ‘Selfies and Beyond’ class can be traced back to 2017 when, together with Professor Sarram, Professor Teresa Numerico from Roma Tre University, and Geert Lovink, who is Head of the Institute of Network Cultures (INC) in Amsterdam, we organized an international conference in Rome called ‘Fear and Loathing of the Online Self: A Savage Journey Into the Hearth of Digital Cultures’. The gathering featured international experts in the field of critical Internet studies, such as Wendy Chun, Jodi Dean, Gabriella Coleman and Franco Berardi BIFO, among others.

‘Fear and Loathing’ offered a reflection on the less talked about side of Digital Media Cultures, which is more related to the subconscious or rather ‘the technological unconscious’ as scholars of this field call it. The conference inspired us to think about an educational offer focused on exploring the ways in which the self forms its identity and presents itself online in the interaction with other networked identities. When we study digital media culture, we are usually more focused on early theories of digital media, exploring data and surveillance capitalism, and unveiling the dynamics of platform capitalism, for example, the ways in which social media exploits users. We felt the need that this knowledge, which we usually offer in core classes such as ‘Digital Media Culture’, should be integrated with a focus on networked identities and emotions, and we came up with “Selfies and Beyond: Exploring Networked Identities.”

Contrary to what one may expect from its title, this is not a course on selfies, but a journey into the multiple ways in which identities are formed and confronted online (through social media apps, memes, GIFs, and selfies, too). This is increasingly becoming something that we need to talk about, especially today, when the outbreak of COVID-19 has made our personal and professional life - and our sociality - entirely screen-mediated. I think it’s a fundamental question to explore, also scholarly speaking.

I made the syllabus together with Professor Peter Sarram. Together with cutting edge literature exploring the online self from a variety of perspectives - from media studies and philosophy to more psychoanalytic approaches - the class offers an innovative methodology to dig into its core topics with the use of ethnographic methods, particularly auto-ethnography.

I am a media ethnographer, my ethnography is mostly focused on the Arabic-speaking Middle East where I have spent several years of fieldwork. But due to the circumstances in which the region is currently living under, I started to look with interest at digital ethnography. When it comes to a topic such as the one at the core of ‘Selfies and Beyond,’ digital ethnography is particularly fruitful as a method of analysis.

What we do in the class is to ask the students to consider themselves as subjects of the field that they are studying. They are both the analysts and the field of analysis. This is what we did last semester, when we went under lockdown, and many students had to go back to their countries. The students’ auto-ethnographies, which were previously sent to me privately, were turned, upon general agreement, into a series of public blog posts. Every week I curated a selection of the students’ auto-ethnographies, added some of my own, and connected this material to broader reflections offered by the scholarship on issues such as anxiety, boredom, etc.

We authored five episodes of a blog series called “Selfies under quarantine,” which was published by the Institute of Network Cultures. When the class was over, we also did a follow-up episode, where some of the students authored video essays about how they were feeling during the pandemic and connected their personal reflections to insights offered by writers and scholars. Afterward, a student also published her final paper on emojis and memojis on the website of the Institute of Network Cultures. I think the students were satisfied to see that what they wrote was read by scholars in the field and shared on social media. 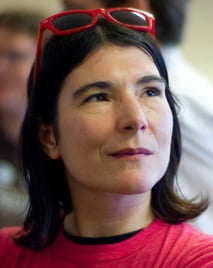 The Challenges and Rewards of Teaching This Course

This is probably one of the most demanding yet satisfying classes I teach. Teaching students how to be the subject of the analysis and, at the same time, its object is extremely challenging. During the semester we do a number of ‘autoethnographic experiments,’ such as one that I have called “the 24-hours separation.” It’s about separating from any networked device.

Whether they are able to separate or not, I encourage all students to write about their experience in a critical way, which is cathartic but also insightful, as it sheds light on the affective mechanisms put into place by platform capitalism that induce addiction and fear of missing out (FOMO). I try to convey the message that it’s not the generation that should be blamed but these affective mechanisms behind processes such as receiving notifications, ranking, reviewing, liking. We have to be aware of them if we want to be more relaxed when we confront networked media. This is my personal challenge with the class.

Receiving messages from students whom I no longer get to see has been very rewarding. They send me updates about their lives, they say that they miss the class, so it means that we created something special, particularly when it comes to study-abroad students whom you only get to see for a semester. The fact that many of these students have authored video or traditional essays without any formal reward like a grade, but to express themselves as a follow up to this experience is also very gratifying.

First of all, an ecological approach to social media, in the sense that they will probably be more careful about what they do and learn, and how to approach different networked platforms. The best feedback I ever got was “yes we will not stop using social media, but maybe we will use it in a better way, and maybe we can also do something creative with it,” because the class also teaches very creative and innovative methods in terms of writing and researching. I think that taking this class, especially during the current sanitary crisis, can give lots of insights and useful perspectives, not only as future media analysts but also as citizens of a world that is becoming increasingly screen-mediated.

Syndromes and dysfunctions connected to this - from FOMO to the most recent ‘Zoom fatigues’ - are new and still under-explored, and I think this class is timely in offering analytical and creative tools from where to look at what is happening. Last but not least, since we plan to continue the collaboration with the Institute of Network Cultures next Spring 2021, the class also presents students with an opportunity to have their work featured on a public venue and a very respected platform by scholars, analysts, and media professionals in this field of study.

Professor Della Ratta's "Selfies and Beyond: Exploring Networked Identities" class for Spring 2021 will be on Tuesday's and Thursday's at 3:00-4:15 pm CET.

Are you interested in studying Communications and Media Studies at John Cabot University in Rome, Italy? Contact admissions@johncabot.edu today to get started!