Written By
John Cabot University
Topic
Undergraduate, Student Spotlight
I grew up in Karachi, Pakistan and by the time I graduated high school, I was certain that I wanted to pursue writing not only as a passion but also professionally. It was a risky career path to pursue from the start, but my professors at John Cabot University inspired me tremendously. I graduated from JCU in May 2019 with a Bachelor's degree with a major in English Literature and a double minor in Creative Writing and Psychology.

Shehrbano's Road to JCU in Rome

I came across JCU when I tried broadening my search when it came to universities. Because higher education is so expensive, I was prepared to settling for a gap-year, saving up, then going to university perhaps a little later. However, a friend of mine was about to graduate from JCU at the time, and we ended up speaking while I was still in the midst of my applications. One of the best things about JCU is how welcoming it is to international students. They offered a number of scholarships as well as grants, both of which eventually allowed me to not only go to JCU that same year, but in fact turned out to be a much better overall experience than I would've gotten anywhere else. 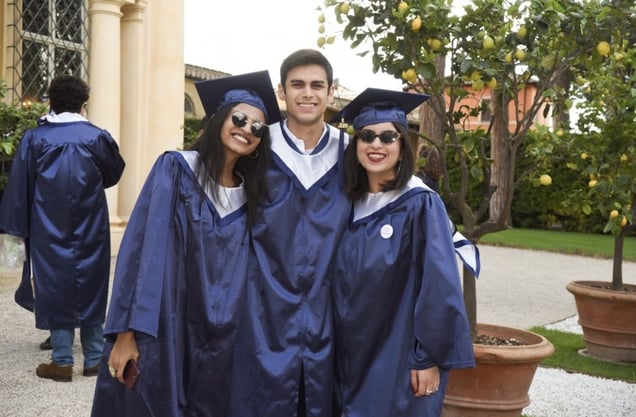 Managing Work-Life and the COVID-19 Pandemic

The pandemic seemed to hit the breaks on any plans any of us had, and forced us to not only reflect, but become creative when adapting our goals to the 'new normal'. As a writer, I love engaging in dialogue, performing on stages, and attending open mic events to connect with other artists - all of which came to a sudden halt due to COVID-19. Instead, like the rest of the world, I jumped on the Zoom-bandwagon that actually allowed me to connect with more artists than I was able to when we did these events physically. In the summer I was fortunate enough to be a part of a poetry panel that included artists from Pakistan and India, as well as other similar projects where I got to either read my work, or discuss it on different forums.
In October, I even hosted my first ever open mic event that was adapted to follow all COVID-19 SOPs, and we managed to create a safe (emotionally and medically) environment that allowed us to come together for healing and vulnerability. The pandemic taught me that just because you have to think outside the box and rethink the things you've known all your life, doesn't mean that the things that are important to us will cease to exist. For all you know, a little innovation may even change them for the better. 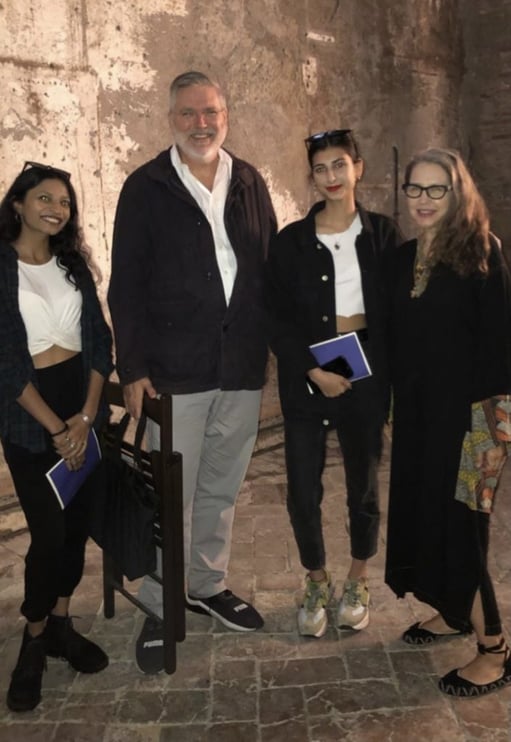 I think beyond the curriculum, I learned the most from my professors themselves. As a major, English is considered quite 'vanilla' almost, and Literature itself is considered archaic, a dying field in the face of an increasingly digital world. My professors, each of them extremely passionate about their own contribution to the field, showed me the importance of bringing Literature into the modern age, and showed me different ways of doing so. Because of their encouragement, I too share my own writing on social media platforms today, engaging with hundreds of followers and helping integrate a classic form of art like poetry, into the modern age. You can check out more on my Instagram page or website!

Shehrbano's Advice to her Freshman Year Self

If I could give my freshman year self one thing, what would it be? I'd tell her to breathe! I remember my first week at JCU, I was terrified and ready to go home - the foreign language, the culture clash, being so far away from any family. I didn't think I'd make it, and at the same time, everyone around me kept harping on and on about how lucky I am to be in Rome and how college years are the best years of your life. It felt like a lot to live up to, especially when I could barely understand the public transport system. In my last year, I was able to be a substitute professor at the same university in the same city that became home.
So, I'd tell myself to breathe and trust the decision I made because it was hands down the best thing to ever happen to me. Oh, and I'd tell myself to slow down and take it all in, because those really were the best, unparalleled, most incomparable years of my life.
My advice to prospective students would be to explore all the options your university presents you with, because there are plenty. Often when applying to university, students stick to the few mainstream schools at the tip of everyone's tongues but I'd highly encourage branching out, and exploring what every university in every corner of the world can offer you. Like me, you might end up in the most exciting corner at the most welcoming and accommodating institution like JCU. 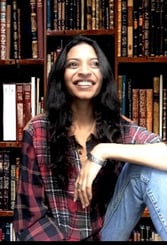