Test Your Knowledge: 5 Little Known Facts About the Sistine Chapel

The Sistine Chapel – or Cappella Sistina in Italian - is one of Rome’s most-visited tourist attractions. An average of 20,000 people visit the Chapel per day to gaze up at its magnificent ceiling, which some believe to be the greatest Renaissance work of all time.

International students in Italy get to study famous art pieces like the Sistine Chapel both in class and up-close, through special guided tours and on-site classes. What others can only read about in books or look at online, JCU undergrads can experience first-hand. This kind of immersive learning is truly the most meaningful way to explore historical artifacts in Rome, get a clearer picture of their relationship to Italian culture, and more fully appreciate their impact on the rest of the world.

Here are five little-known facts to consider the next (or first) time you visit the Sistine Chapel:

A few months into the process, Michelangelo wrote a poem and several letters describing the physical strain of the job to a personal friend, complaining “I’ve already grown a goiter from this torture.”

Further complaints included: “my stomach’s squashed under my chin,” “my face makes a fine floor for droppings,” “my skin hangs loose below me” and “my spine’s all knotted from folding myself over.”

Michelangelo declared “I am not a painter” and returned to sculpture as his medium of choice immediately after the Sistine Chapel was completed.

2. Its “Modesty” Fig Leaves Were Scrubbed off by Art-History Degree-Holders 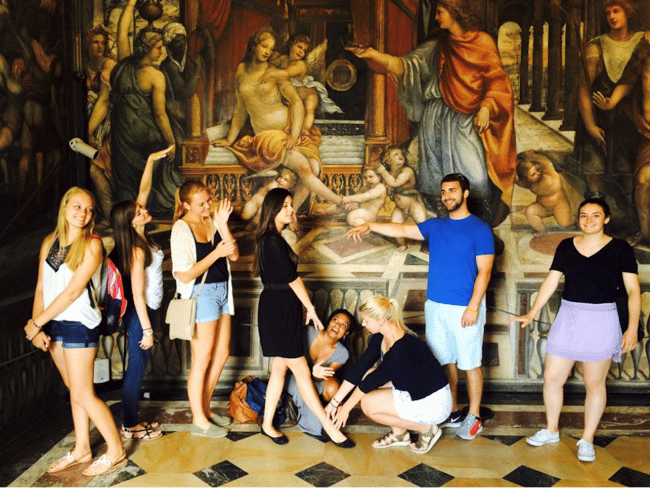 The fig leaves remained part of the frescoes until skilled art historians and conservationists between 1980 and 1999 began meticulously dissolving them, along with layers of grime and soot that had accumulated over the years (unfortunate by-products of a chimney mentioned below).

Students pursuing an art history degree in Rome can now look upon Michelangelo’s masterpiece in its original form, unobscured by “edits” and environmental pollutants.

3. The Chapel is Home to a Sacred, Iconic Chimney

While its ceiling is widely admired as a work of art, the Sistine Chapel also fulfills a practical purpose for the papacy.

Since the 1490s the Chapel has hosted papal conclaves: the gathering of Cardinals during which a new Pope is elected. A special chimney in the roof of the chapel lets onlookers know how the decision-process is progressing.

What is the conclave’s smoke code? Black smoke from the chimney indicates a debate is still in process, while white smoke indicates that the Cardinals have chosen a new Pope. 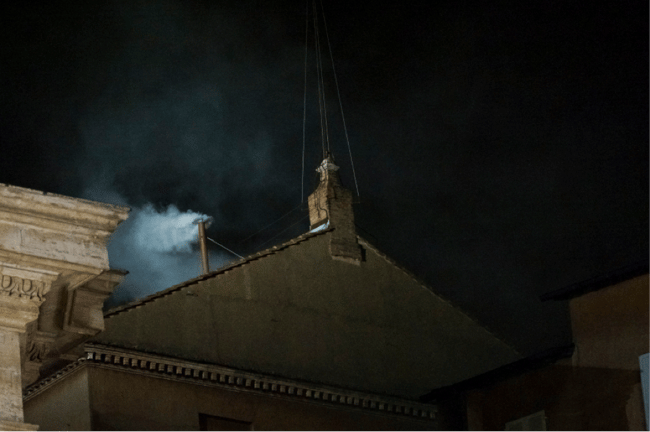 After the most recent papal conclave, Sistine smoke heralded the start of Pope Francis’ reign.

4. Its Biggest Threat is the Footfalls of Visitors!

When you study art history in Italy, you get to see and experience some of the world’s most wondrous and iconic masterpieces. A great part of studying abroad is the easy walking-access you get to these rich historical artifacts, just steps away from your classroom door.

But be sure to tread carefully in the Sistine Chapel – art restoration experts say that foot traffic from the millions of people who visit each year poses a serious threat to the longevity of the artwork.

Why would footsteps harm a ceiling that’s survived for over half a millennia? Experts say it subtly shakes painted plaster in ways that, over time, can make the frescoes crack and crumble.

5. God in a Brain? Theories to Ponder While You Study Art History in Italy

In the Sistine Chapel, Michelangelo’s “The Creation of Adam” features figures representing God and Adam reaching out with almost-touching fingers. In the scene, God is being carried toward Adam on swaths of fabric and angels. Some theorists believe God’s “seat” has the unmistakable outline of a human brain. 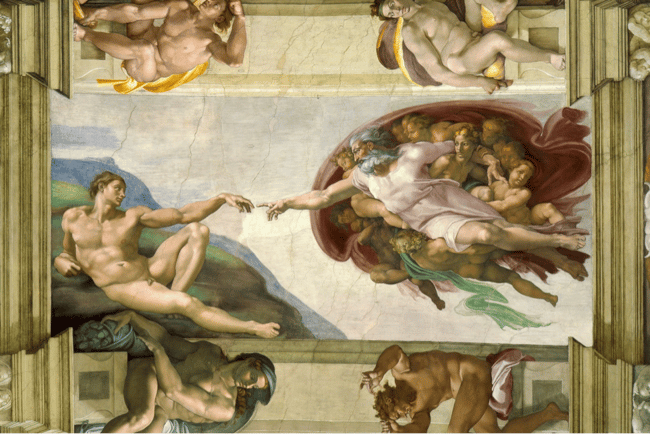 Is Michelangelo’s God reclining on the shape of a human brain?

If you’re interested in art history, you’ll know that many great paintings are infused with symbolism and iconography, and that every brush stroke is a choice made by the artist to help convey an idea or emotion. According to Frank Lynn Meshberger, the doctor who pioneered the Michelangelo/brain hypothesis in the 1970s, Michelangelo’s choice of symbolism means to communicate God’s bestowal of intelligence on the first human.

When you attend university in Rome you can visit symbolically-rich masterpieces like the Sistine Chapel, and develop your own theories about their hidden meaning and messages!

Want to learn more about earning your undergraduate degree in Rome?

Visit JCU for information about starting your own study abroad adventure.