Studying Psychological Science at JCU: A Brief History of Psychology in Ancient Rome

Are you interested in the human mind? Do you find yourself trying to work out how your friends and family ‘think’? Do you want to learn about cognitive, developmental, and social psychology, ideally in one of the most beautiful and historic cities in Europe?

If you answered yes to any of the above, you’ll be pleased to learn about John Cabot University’s new Bachelor of Arts in Psychological Science! Launching in the fall of 2020, students will have the opportunity to study the science relating to individual and group behavior, and mental processes, as well as develop analytical and critical thinking skills.

The study of psychological science has changed a lot over the years. Read on to find out how the Ancient Romans understood psychology.

Religion played an important role in Ancient Roman society. It is unsurprising then that the Romans believed that the Gods were responsible for mental disorders and hallucinations. 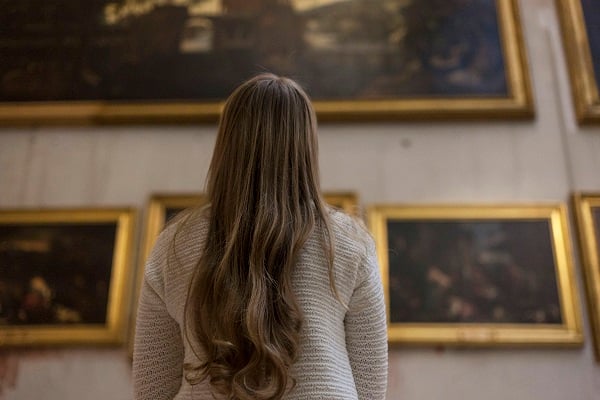 In classical times, the state was not responsible for caring for those with a mental illness. Individuals affected by mental disorders were expected to be cared for by their families and friends.

In addition, the only way to tell if someone was mentally ill was by their behavior. Mental illness was less focused on thoughts and feelings, and more on behavior. If someone was unable to act appropriately in public, they might be deemed to be mentally ill.

Remedies were based on magic and religion. For example, someone with a mental illness might be sent to spend the night in the temple of the healing God Asclepius. Other treatments included physical restraint and counseling.

They Believed That Body and Mind Were Linked

The phrase ‘a healthy mind in a healthy body’ can be traced all the way back to 600 BC. The Ancient Greeks and Romans were the earliest societies to link mental health to physical health, and view mental illness as a medical condition.

Anger Was Seen as a Dangerous Emotion

As we know, Ancient Rome was quite a violent society. You only need to look at the history of the Colosseum to understand how violent! However, despite this, anger and rage were deemed to be ‘moral failures’ in Ancient Roman society.

Self-control was highly regarded. The main reason for this was because anger was dangerous to the state and could lead to political violence. Managing feelings of anger was seen as the best way to control the state.

Do you want to find out about studying at English speaking universities in Italy?