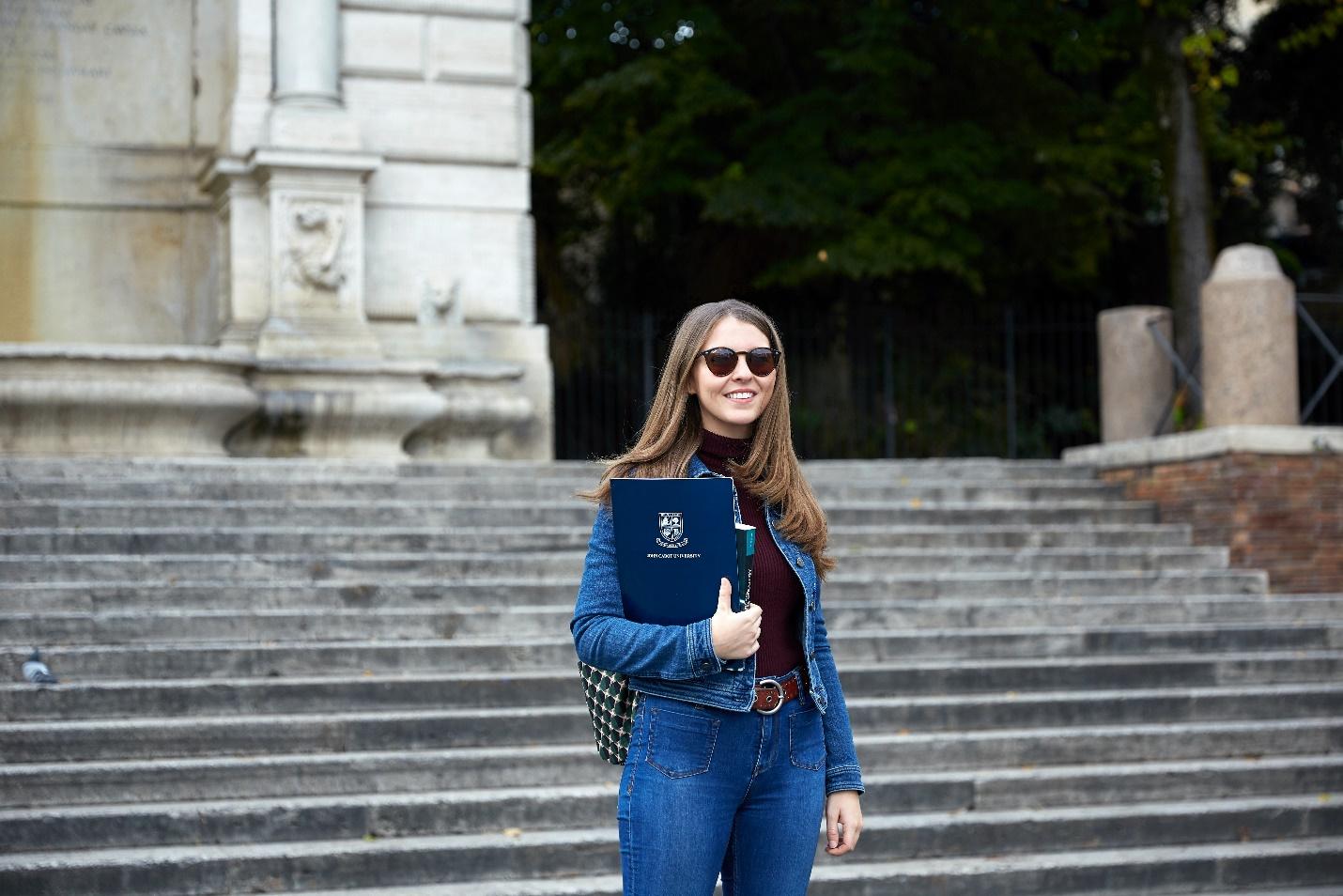 What could be a more fitting place to learn history than Rome, a city that surrounds you with inspirational historical references on a daily basis? Study history at John Cabot University and undertake a truly unique learning experience, as Rome's artistic and architectural relics will begin to hold a much deeper meaning for you.

JCU offers students a wide range of classes on fascinating historical topics, as well as the unique opportunity to go beyond textbooks and experience the city of Roma as your classroom. As you prepare to study abroad at John Cabot University, you might be wondering which courses to select.

Here are three History courses that you might want to consider!

As you study history in Italy, why not take an intriguing class on the phenomenon of witchcraft? With a course structure carefully designed by the John Cabot University History and Humanities Department, prepare to be taken on a compelling journey into the development of medieval and early modern European rituals and traditions.

The course explores how magic and witchcraft once existed across Europe, examining the rise and decline in the belief in magic, superstition, and heresy. Selected readings will teach you all about the judicial system that churches and states of the day used to identify witches, and the often cruel and brutal methods used to persecute them and make them confess. You’ll also explore the evolutions in society that led to the decline in witch-stereotyping and persecution, observing how the craze was replaced over time by the representations of witchcraft known so well today in popular literature, artwork, films, and Halloween traditions.

Introduction to Western Civilization I

This course is designed to teach students the foundations of Western societies and cultures and the major changes that have occurred in them from prehistory through the Renaissance period. Get ready for a fascinating journey that begins with an examination of Mesopotamia and Egypt, the origins of Monotheism, and the Ancient Greeks, revealing how the groundwork for Western Civilization was laid out by ancient Mediterranean and Near Eastern peoples.

From there, you’ll explore the rise of Christianity in the Roman world, moving swiftly through the most impactful periods of Western Civilization that followed, from the Crusades to the dark era of the plague known as the “Black Death” all the way to the Renaissance Humanism. This course includes the unique opportunity of experiencing Rome as your classroom with an on-site experience - a visit to the Roman Forum to help you understand the evolution of Rome from a City-State to a World Empire.

This fascinating course has been designed by JCU history professors to truly engage students with key research on how Europeans related to people in other areas of the world in the 19th century, beginning with an exploration of the French Revolution. As you examine the most impactful stages of the era, including the Restoration, the Industrial Revolution, and the Great Depression of the 19th century, the course’s unique selection of reading materials will help you understand some of the cultural, political, and social developments that shaped the lives of Europeans of the time.

Discover how the world began to change with new modes of transportation, the introduction of the telegraph and mass migration, and how urban transformations occurred to address issues of disease and sanitation. Learn about Global empires and the impact of colonialism in areas such as China and the Congo. You’ll also examine the birth of many modern ideologies, from conservatism and liberalism all the way through Marxist Socialism, anarchism, and nationalism. The class wraps up with the development of the avant-garde movement seen at the end of the century.

Interested in taking one of these unique courses? To learn more, contact John Cabot University's Admissions Office at admissions@johncabot.edu today!