Celebrating Christmas While You Study in Italy 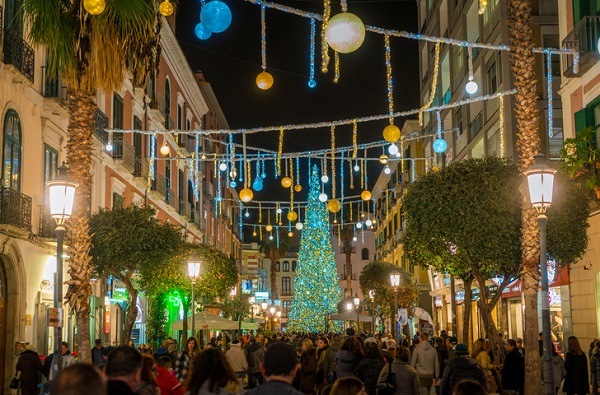 The holiday season is always a fun time in Rome, when everyone from John Cabot University’s close-knit community comes together to celebrate and explore the city’s festivities. It is a unique experience for students studying abroad to spend the season in a nation of such historic depth and ancient tradition as Italy. Here’s how to celebrate Christmas the Italian way!

The first Christmas was actually celebrated in Rome, where the Roman Empire and Christian Church originated. December 25th used to be “Saturnalia”, the greatest pagan feast of the year in tribute to the “unconquered sun,” but in the 4th century, Emperor Constantine accepted Christianity and sought to bring the pagan masses into the religion by merging the Solstice and the birth of Jesus. 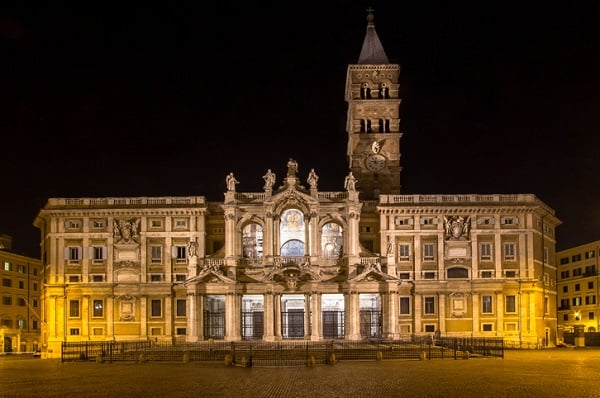 The first Christmas mass was at the Basilica of Santa Maria Maggiore and the earliest known permanent nativity scene was carved in marble there for the Rome Jubilee in 1300. The nativity scene, or presepe, is still the main focus of Christmas decorations in Italy. In Rome, strolling around the center and visiting churches and piazzas to admire their nativity scenes is a favorite holiday pastime.

Rome lights up during the Christmas season and students can stroll the enchanting streets to the markets near Castel Sant’Angelo, which has an outdoor skating rink, musicians and roasted chestnuts. Piazza Navona, the famous Baroque square near our university in Rome, transforms into an enormous Christmas market with many special attractions. Bagpipe and flute players (zampognari and pifferai) are often present, many of whom travel from the Abruzzo mountains, wearing traditional colorful costumes, sheepskin vests, long white stockings and dark cloaks.

Italy Also Has Other Christmas Traditions

Joining the celebrations while you study in Italy is one memorable experience! While most Italian homes feature Christmas trees, many, especially in the South, prepare nativity scenes. The creation of figurines became an important genre of folk art in Italy, especially in 17th century Naples. In fact, nowhere is a love of the presepe greater than in Naples. 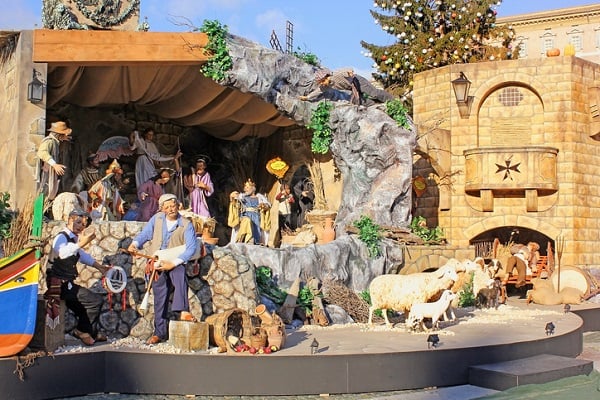 Many Italian Christmas celebrations begin December 8th, the Feast Day of the Immaculate Conception, and continue until Epiphany on January 6th, a national holiday. In Italian folklore, a benevolent witch known as La Befana arrives on her broomstick the night of January 5th to fill children’s stockings. While Babbo Natale (Santa Claus) and presents on Christmas have become common, children still look forward to receiving stockings full of candy from La Befana January 6th.

Christmas Eve dinner is traditionally meatless. The first course features pasta with fish-based sauce, while countless types of fish, including eel, salmon, and swordfish show up as main courses. Lunch is the major meal of Christmas Day and includes lasagnas and meat-stuffed pastas like tortellini and ravioli, followed by a main course of roast lamb or turkey. Typical Christmas desserts include panettone, a sweet bread studded with raisins and candied fruit, and the buttery pandoro (“golden bread”).

Want to study abroad in Rome?