Baroque Art in Rome: A Guide for Those Wanting to Study Art History in Italy 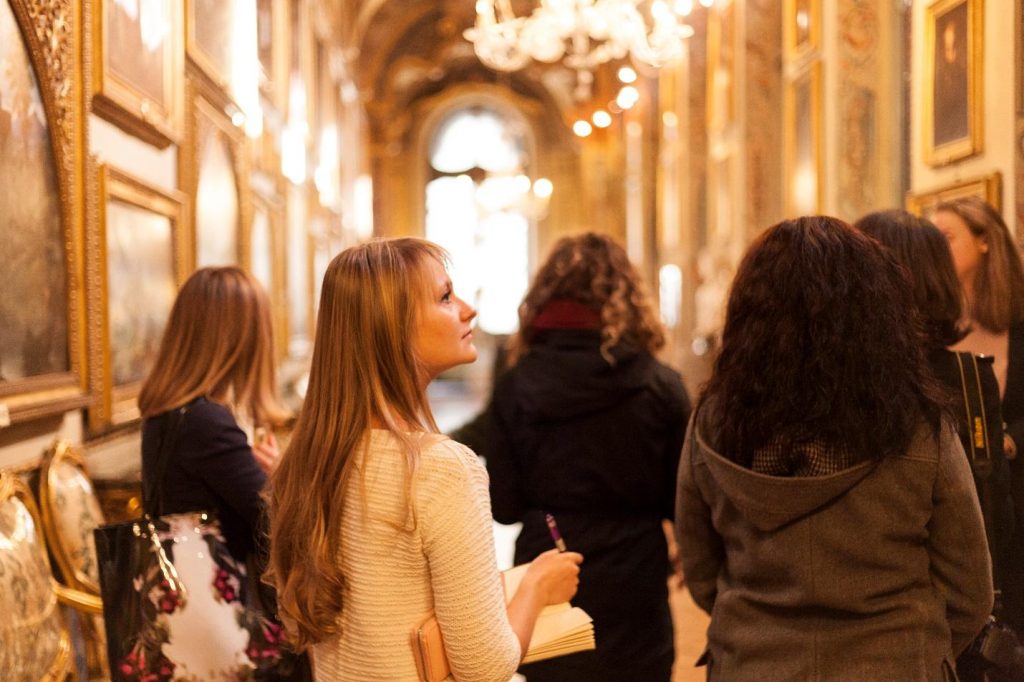 Angels flew, soldiers fought, crowds cowered in fear, saints rose to heaven—the 17th century produced some of the most dynamic, majestic, and magnificent art the world has ever seen. An upsurge in power of the Roman Catholic Church from 1600 to 1750 saw religious art spread like propaganda, in a style more forceful and emotional than ever before.

This was the Baroque cultural movement, and Rome was its epicenter. Even today, the Baroque era is kept alive through the architecture and artistic spaces of Rome, offering students close encounters at every turn.

To determine which paintings, sculptures, and structures are Baroque, look for:

Religious grandeur: The Church aimed to showcase parables and religious themes through bright, life-like public art that could tug at people’s emotions. 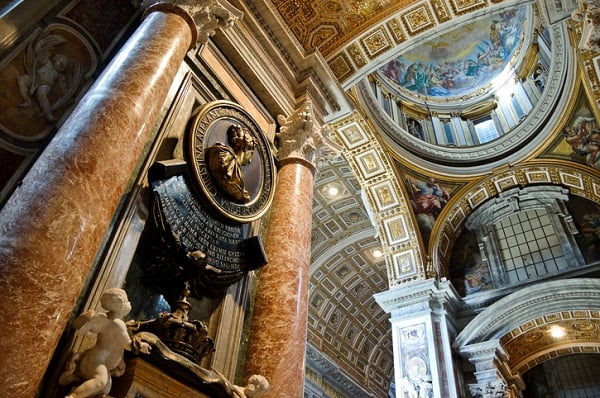 Bernini and the Basilica: Why Baroque-Lovers Study Art History in Italy

Baroque architecture was designed to create spectacle and illusion—replacing the straight lines of the Renaissance with flowing curves, domed roofs, and colorful interiors. The master of this technique was Gian Lorenzo Bernini, credited with creating the Baroque sculptural style.

He designed grand religious spaces like St. Peter’s Square and aggrandized the interiors of St. Peter’s Basilica. Those pursuing an art history degree can visit Bernini’s visionary work in Vatican City, and take in some of the most majestic Baroque architecture in the world. 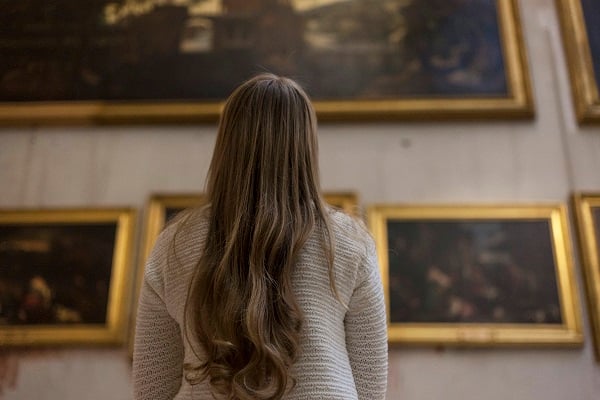 Modern art history schools teach that Caravaggio put the oscuro (dark) into chiaroscuro. An influential Baroque painter in Rome from 1592 to 1610—at which time he was exiled for murdering a man in a bar brawl—Caravaggio’s tumultuous personal life is said to have influenced his dramatic, emotionally resonant works of art.

He found success due to his mastery of dramatic light and depth that make many of his paintings appear almost 3D. Saint Matthew, the first of Jesus’ apostles, was a favorite subject of Caravaggio’s paintings. Students who visit the Church of St. Louis of the French can see firsthand the brush strokes that make Saint Matthew’s life, martyrdom, and divine inspiration come alive.

Standing 86 feet high and 161 feet wide, Rome’s Trevi Fountain is one of the most famous Baroque fountains in the world. Begun in the 1400s, it took over 300 years to be completed and was inaugurated by the Pope himself. But this spectacular fountain’s history dates even further back.

Roman soldiers were guided to a pure water source by a young girl in 19BC. The discovery of the site is said to have inspired Emperor Augustus to build a fountain that served Romans for over 400 years as a public bath, wishing well, and the source of the “Agua Virgo” (virgin water) aqueduct, named after the girl in the story.

The beauty of Rome’s baroque art contributes to the energy and drama of this unique city, and help to cement (or sculpt) its status as a spectacular study abroad destination.

How to Journal your Study Abroad Experience at JCU