3 Influential Artists of the Italian Renaissance 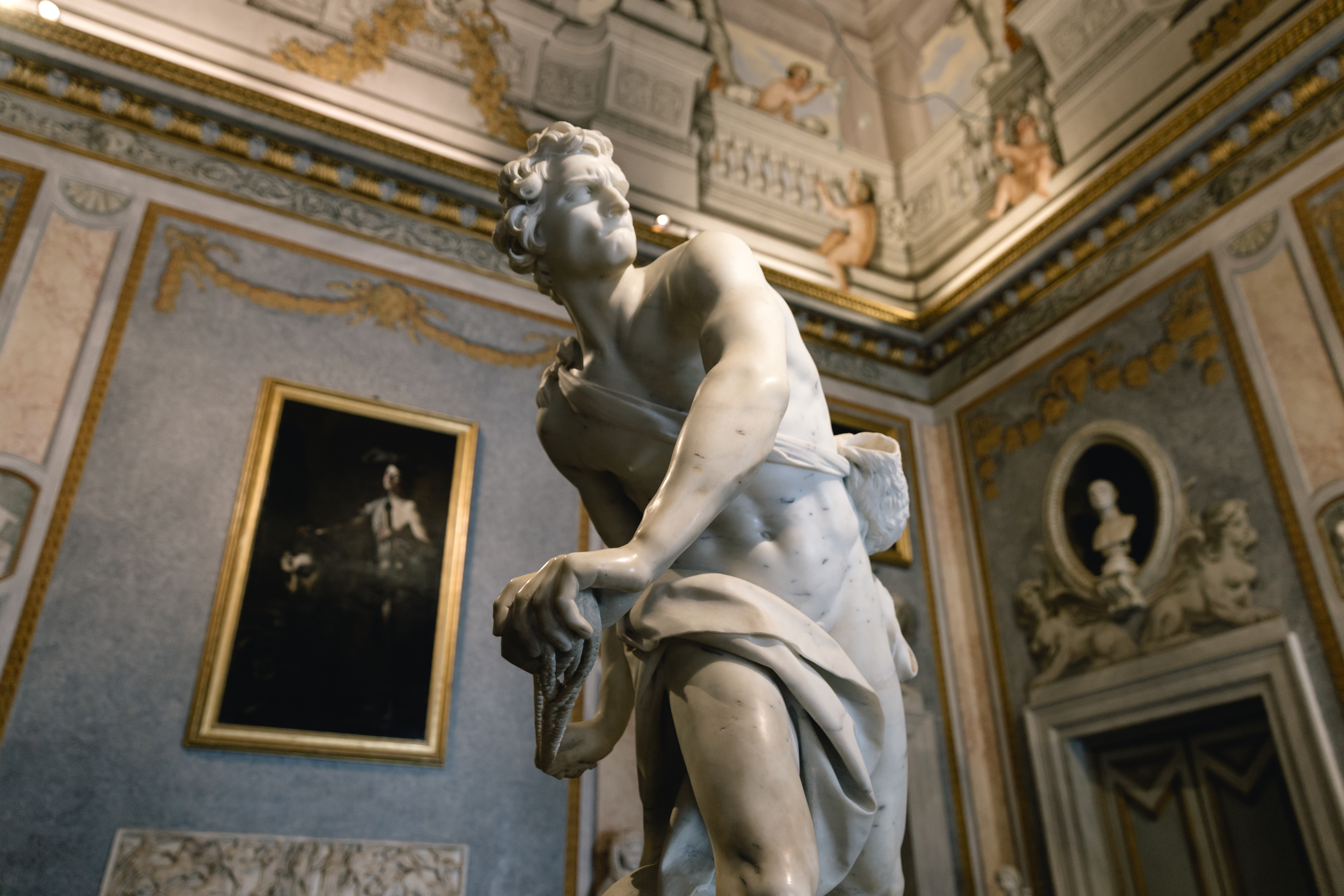 When it comes to exploring art history, few places can rival Rome as an inspiring context for study!

During the Renaissance, Italy became a hub of cultural innovation as some of the most famous artists in the world broke new boundaries, inspired new movements, and created works that endure to this day.

Students pursuing art history degrees in Rome can examine pivotal works of art like the Pietà, the Sistine Chapel, and the Calling of St. Matthew by celebrated artists like Michelangelo and Caravaggio.

In Rome, art-lovers enjoy more than a historical view on why certain masterpieces have proven so influential - they get to examine seminal works up close, learning on-site at some of the world’s most famous landmarks and museums.

Read on to discover the stories behind three of the most famous artists of the Italian Renaissance, how they rocked the art world, and which pieces you can see first-hand while studying in Rome.

Masaccio: A Pioneer in 3D Perspective

The birth of Renaissance art can be traced back to a few early pioneers who broke from tradition to create new artistic styles and techniques. Before the Renaissance, Medieval art had focused on symbolism rather than on realistic depictions of people and environments.

One of the first painters to adopt this 3D technique was Masaccio. His realistic masterpiece, The Holy Trinity (1428) was so convincing, it was described as an optical illusion that tricked the eye into believing the canvas was not truly a flat surface at all.

The Holy Trinity is on display at the Dominican church of Santa Maria Novella, in Florence - just a few hours away from Rome. Visitors are still entranced by its display of 3D perspective. 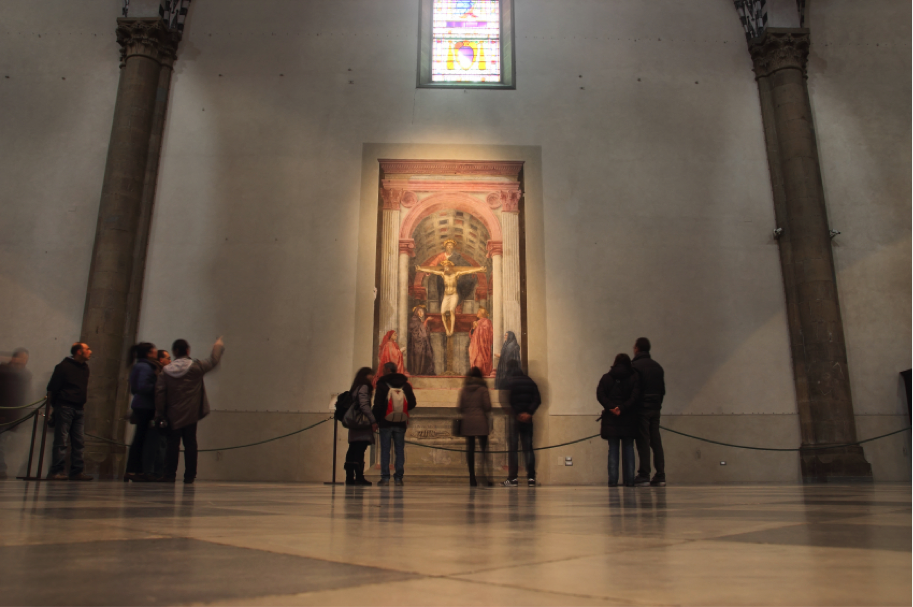 The Holy Trinity at the Dominican church of Santa Maria Novella

Leonardo Da Vinci is often seen as the quintessential “Renaissance Man” given his prowess in art, architecture, science, mathematics, and countless other fields. His unquenchable curiosity led to early prototypes of flying machines and other mechanical marvels, as well as some of the greatest works of art ever created.

Want to see some of Da Vinci’s fantastical inventions and contraptions for yourself? Check out the Leonardo Da Vinci Museum, located in the heart of Rome.

As students taking art classes in Italy may know, Da Vinci was fascinated with anatomy and even received special permission from the Church to dissect human bodies to further his knowledge. His extensive studies led to more realistic depictions of the human form, and a greater understanding of human anatomy that furthered both art and science. 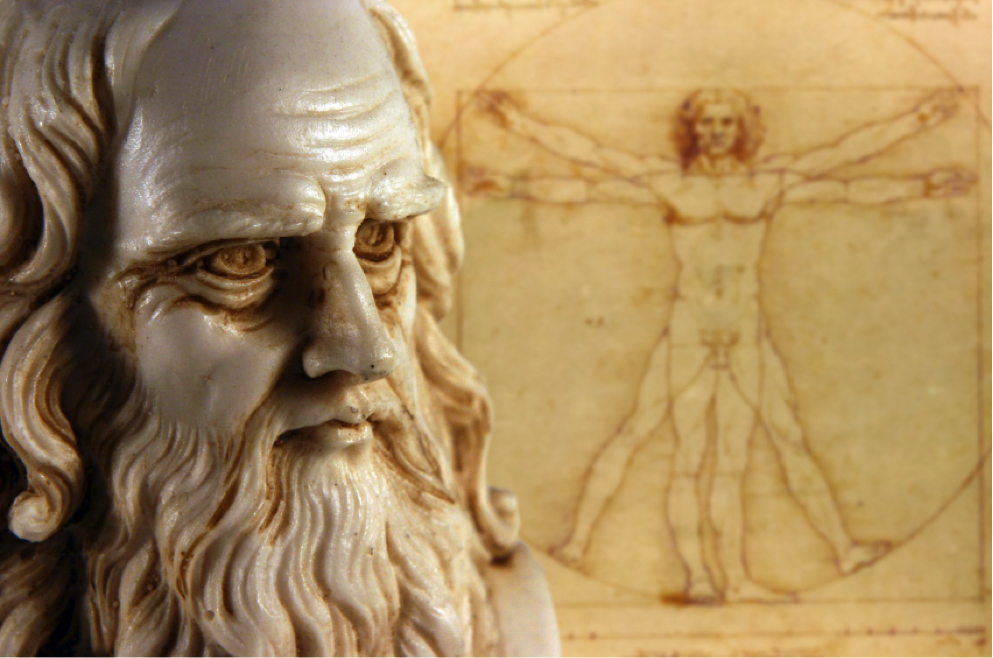 Michelangelo and the rise of Mannerism

Michelangelo’s sculptures, such as the world-famous David, reflect the realist approach Da Vinci was so famous for - but Michelangelo also took artistic liberties that stretched reality in order to convey deep emotion and captivate the viewer.

The Sistine Chapel in particular was admired for its larger than life grandeur and passion. These elements signalled a movement beyond technical realist precision, toward Mannerism - a later High Renaissance art movement where proportion and color is often exaggerated to evoke emotional intensity.

Students who complete their art history degrees in Rome can witness the grand scale and impact of Michelangelo’s Sistine Chapel at St. Peter’s Basilica in Vatican City.

What other famous Italian masterpieces would you love to see while attending art school in Rome?

Writing for Advocacy: How JCU Students are Making a Difference