Why did you decide to study abroad and what made you choose JCU?

I decided to study abroad because, prior to attending JCU, I could hold a globe of the world and place my thumbnail over the area of the US that I'd spent the entirety of my life inhabiting. The world had so much more to offer than just my thumbnail! I can't recall why Italy was the ultimate decision but since the age of 17, I loved riding my Italian Ducati motorcycle. Perhaps I thought that if the Italians could create such a great motorcycle, what else would they be capable of? With Italy as the destination, JCU was the obvious choice to continue my studies. It would allow me to continue with the curriculum towards my finance degree, and I also had several friends who had attended in the past and spoke very highly of JCU's staff and solid reputation.

Which classes/professors had the biggest impact on you?

Undoubtedly, Professor Pulino was one of the most impactful professors that I had at JCU. Before arriving in Italy, I had naively thought that the curriculum for a semester abroad might be a bit less rigorous than my coursework back home. My first day in Professor Pulino's class immediately squelched that expectation when I quickly realized that the woman speaking to my class was not only very passionate about the material she is teaching, but she expected an equal effort and dedication from her students in return. As a result, all of my classes with Professor Pulino were engaging, challenging, humbling, and fun! To top it off, Professor Pulino was very approachable outside the classroom and cared about her students. I later came to realize that she had a knack for identifying hidden potential in a number of her students and was sure to stoke that potential so that it could be realized at a later time. JCU is lucky to have her!

Can you tell us a little about what you do now?

Absolutely. I am a Vice President on the Corporate Debt Capital Markets Desk at TD Securities, based in NYC. I primarily work with companies that operate within the Diversified Industrial sector as well as Aerospace and Defense. Within the expansive universe of finance, if you distill it down to just stocks and bonds, I live and operate in the world of bonds. Essentially I work with my clients in an advisory capacity to help them raise capital via the underwriting of corporate bonds. We leverage our sales team in order to sell the bonds to institutional investors with the client ultimately receiving the proceeds of the bond sales. The proceeds are essentially cash in the door for the client and they can use that money for a variety of things such as financing a large acquisition, repurchasing older bonds which carry a high interest rate, or as we saw during COVID, to simply bolster liquidity and have excess cash in the face of uncertain times.

How did your time as a study abroad student affect your career decisions?

Studying abroad at JCU was an experience that exposed me to so many worlds outside of my own and evoked a sense of curiosity and openness to the world around me and all the people in it. It exposed me to adventure, excitement, and fear. It allowed me to better understand different people, different values and different countries.

After graduating college, if I said that I knew exactly what I wanted to do or what I wanted to be, that would be a lie. What I did know was that it was important to me to pursue a career which continued to evoke many of the aspects that my experience at JCU exposed me to, something which continued to challenge me and allow me to continually learn and grow professionally. Today in my career I am fortunate to work with colleagues and clients in countries all around the world on a daily basis, and play a role - albeit a small one - in the global economy. It also continually pushes me outside of my comfort zone and allows me to apply the sense of curiosity that came to life at JCU. 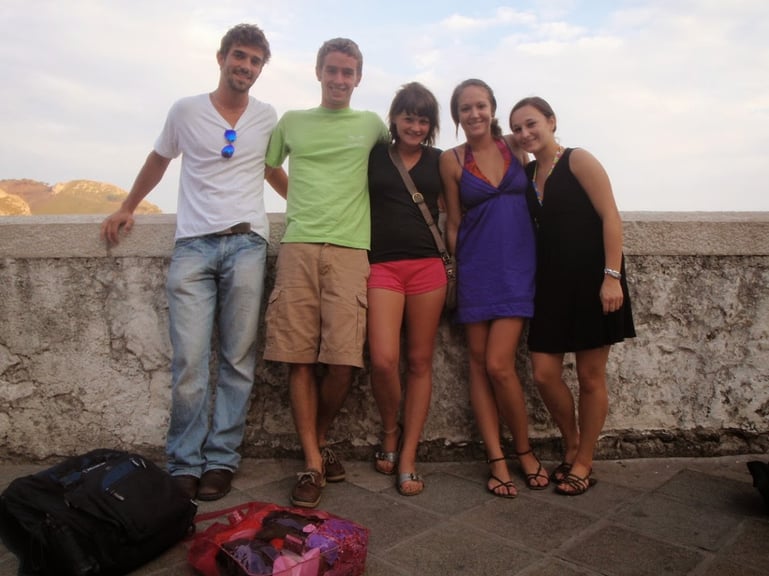 What is your favorite memory from your time in Rome?

It's hard to pick just one, but I think I enjoyed getting lost all throughout the city of Rome at all hours of the day and night! For the record, I have a very good sense of direction, and I'd say it was a healthy blend of getting lost on accident and getting lost on purpose. Both of which led me to discover so many stunning vistas, hidden piazzas, unique alleyways, interesting people and incredible architecture. Growing up I spent summers working for my father doing concrete and masonry. Throughout Rome, I often found myself in awe of the craftsmanship and engineering that went into the amazing structures all over the city. Getting lost in Rome was a cheap form of adventure for me and my friends!

What advice would you give to anyone thinking of studying abroad?

Studying abroad is not necessarily for everyone but I do think it can be very rewarding for most people if approached with the right mindset. In order to get the most out of your study abroad experience, embrace the familiar mantra "When in Rome, do as the Romans do". Come to Rome with an open mind and a sense of adventure. Don't try to seek out familiar foods or stores that you're used to back home. Don't just hang out with Americans. Get lost, learn the language, embrace the slower pace of Italian living, listen more, talk less, learn, and live! Canadohta Lake, Pennsylvania and I majored in Finance at Rutgers University. 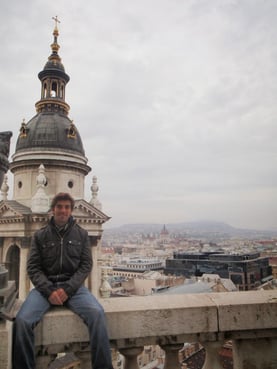