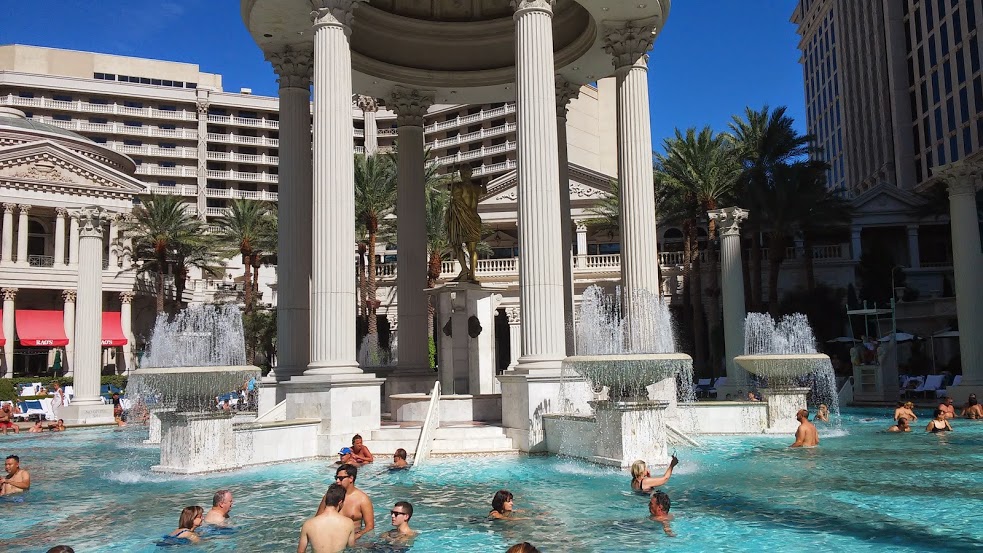 In my three semesters at JCU I have seen many study abroad students come, scared and excited by the leap into the unknown they were taking, and leave, tears streaming down their faces. I am one of them now, typing this blog post from the other end of the world.

I have been meaning to blog about my study abroad experience for a while, but there is just so much to tell that I don’t know where to start! Should I start with the huge gym we have at school here (yes, there is a Jacuzzi, and it is included in tuition), or about the swimming pool in my backyard, or about the cozy dinners my roommate and I have on a weekly basis with our already close international friends? Then, I decided I would just tell you about one of the things that I did here, and follow up with more on future posts – If it takes me a while to pop up again on this blog, please don’t blame me… I am having fun!

Some time ago I went to Las Vegas with a group of friends. I am not 21, but we were there only during the day so I didn’t have to face the depressing “you-are-not-gonna-get-into-this-club” part of it. To European eyes, Vegas looks kitsch to the Nth degree, but this is what makes it so stunning. Having traveled around Italy and Europe (and having lived in Rome!), I wouldn’t exactly call it a beautiful city. Yet, to me American cities are almost never beautiful, but there is very often something more to them though that makes them worth experiencing. In Vegas, this something is the Strip - the main street where all the hotels and casinos are, crawling with all kinds of people - the scorching weather which never lets you forget you are in the middle of the desert, and the feeling of being on some kind of movie set wherever you look. 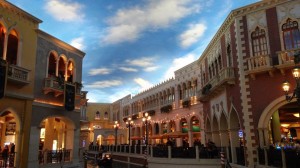 Las Vegas is surreal. You have a fake Statue of Liberty, a fake Coliseum, a fake Eiffel Tower… Even a fake Venice (in the Venetian hotel) at the end of the Strip! None of these replicas lives up to the original, although the sky inside the Venetian does give the feeling of being under a real sky. Even so, as an outsider, I couldn’t help but stare at every single wonder in awe.

The one thing that I will probably never forget though, is the Caesar Palace swimming pool. I probably shouldn't be posting this on the internet, but I will tell you anyways that I snuck in, somehow escaping the the security guards (whose real job seemed to be the distribution of towels to guests, with the word “security” in their job title to make them seem like a big deal). The pool itself is amazing, but just being there was priceless - it just felt so AMERICAN.

So, my dear international friends, when they tell you that studying abroad will be the most unforgettable, unpredictable, and unprecedented experience of your entire life, please believe them! It does not matter how shy you are, how good your English is, how easily you get lost in airports. I have heard all kinds of excuses and hesitations, but also countless happy stories of students overcoming their fears; not only having the time of their lives but also learning a great deal about themselves in the process.

When it comes to study abroad, you need to throw all caution you have aside, and just go. And remember that, as cliché as it may sound, what matters is always the journey, not the destination – it does not really matter where you end up going, be it busy New York City, classy Boston, or sunny California; what matters is who you meet along the way and how you choose to spend the time that you have abroad.