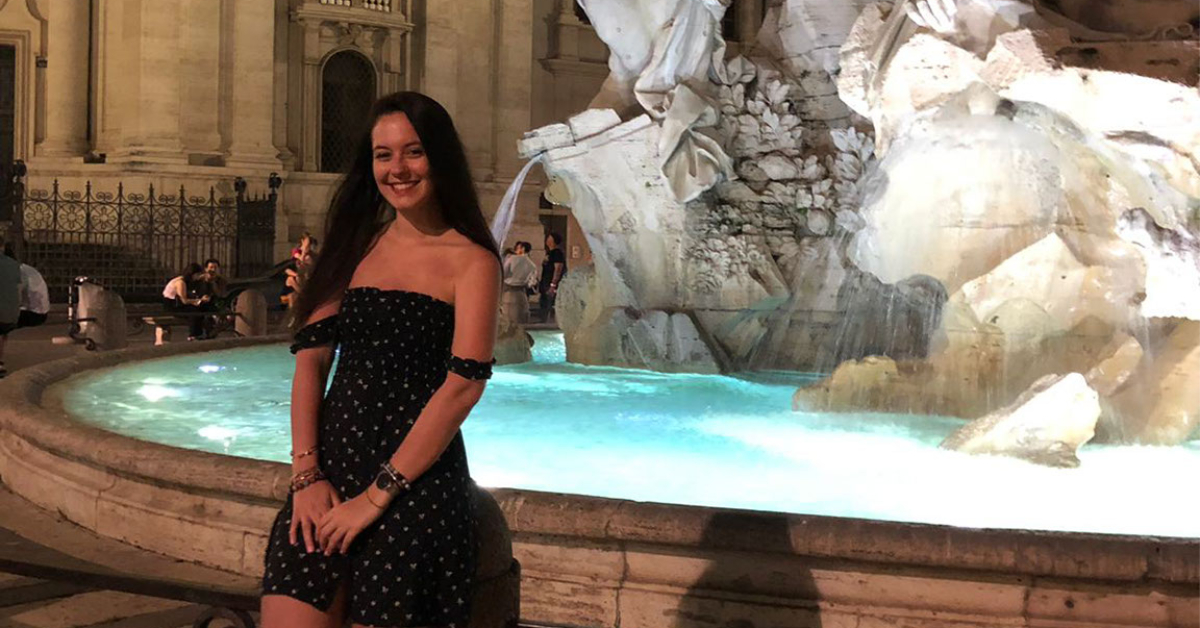 I will always remember that day when, in high school, it was orientation time and everyone was busy choosing what university to attend or where to send their application. I was one of the few who had no idea about where to go or what to expect for the future. I remember I felt a little bit lost because I had visited a few Italian universities but none of them had completely satisfied me. Being myself an ambitious girl, I felt I needed something more, something that could give full value to my passion for studying and to my thirst of experiences. I knew for sure I wanted to study in English, in order not to lose all I had acquired some years before, when I spent the first half of my fourth high school year in Ireland for six month, as an exchange student.

As a kind of “magical revelation”, all of a sudden, I saw a poster attached to the wall. It was about an American university located in the heart of Rome. Right after, I searched on the internet in order to find out more about the courses this university offered and what made it different from an Italian one. I immediately found out that the American learning system is totally different from the Italian one, especially in terms of lectures organization and of class engagement.Then, I had the opportunity to visit the three amazing campuses right in the middle of Trastevere and to talk with some brilliant professors. I needed no further persuasion: I quickly realized John Cabot was the right choice for me. Since I have always had a deep interest in any discipline related to the humanistic and to the psychological sides, I chose to  undertake the Bachelor of Arts in Humanistic Studies with a minor in Psychology: this combination allows me to study, among many others, the concept of “man” not only from a philosophical and evolutionary point of view, but also in relation to his way of approaching others, his way of thinking and seeing the world. 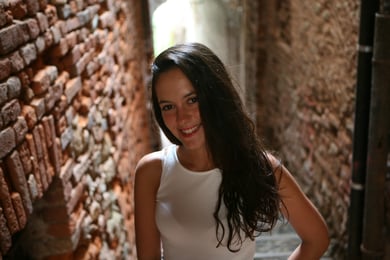 I could not be happier with my decision. So far, I have taken amazing classes, like Philosophy of Art and Beauty, which has been my favorite one: it deals with the deep and interesting connection that exists between different artistic currents and Philosophy, and is also concerned with how various philosophers have interpreted the more recent evolution of Tv and Cinema. The thing I like the most about JCU classes is their multi-ethnicity, in the sense that there are people coming from all over the world and hearing about everyone’s opinions and ideas is just wonderful: it opens your mind in an incredible way.

If someone asked me what my best memory of JCU is, it would not be easy to find an answer. In fact, since my first semester I have been collecting memories by being involved in many clubs and organizations. For instance, I have been the Fashion Club’s Secretary and Social Media manager for two semesters. We organized several activities and trips, including the one to Naples, where we visited a famous Fashion industry. Then, I have been part of the JCU cheerleading team, where I got to know so many friends and to practice my passion for dancing. I will never forget when we performed in the Lemon Courtyard, in front of so many people. I was terribly excited, but we did everything successfully, especially a difficult grab, and in the end everyone congratulated us on our talented performance. 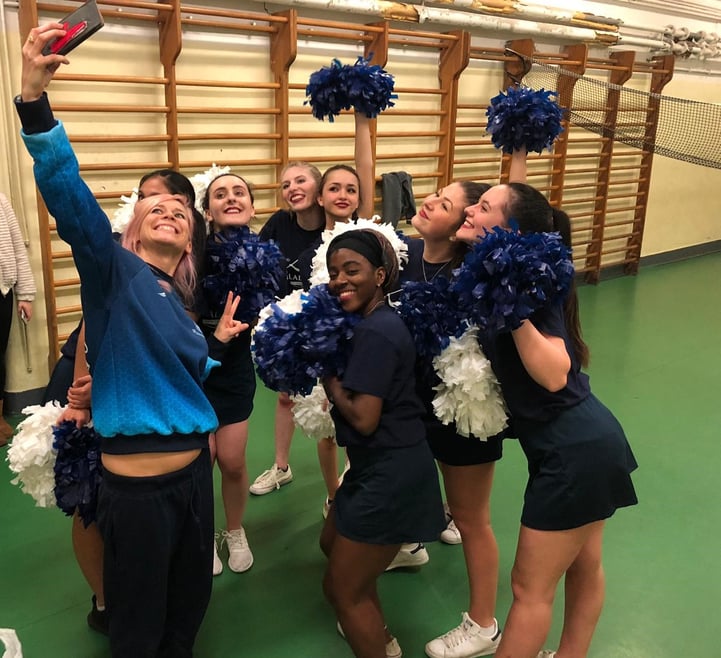 I would like to conclude by telling all prospective JCU students to take this as a sort of challenge, just like I did. There's not a lot of room for adventure and excitement in your comfort zone, so try to step out of it as much as you can! As a really shy person, I totally understand that at the beginning it may be hard. However, only by giving it a try, you will be able to make long-lasting friendships, and to grow into a much mature person. As the great German philosopher Eckhart used to say, “It is time to trust the magic of new beginnings”. Trust me, you will not regret it!

Do you want to start your own international adventure by attending an American university in Rome?

Learn more about our many specialized programs at JCU.